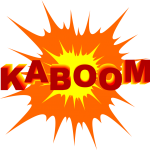 So I guess all you techies reading today's Solid Indian Wood Furniture blog today will have heard the news about Samsung, yes the news that the Galaxy S7 is officially discontinued.

The reason you wonder – well it seems that the S7 had an unfortunate design flaw where they would explode at random, yes this thing would be tucked safely in your pocket, inside your Indian Beside Tables or even when you’re talking to your friends boom a possible hospital appointment awaits.

The issue being defective batteries that would cause the subsequent self-destruction.

However our anatomies and Solid Wood Furniture is safe from explosions as Samsung have taken the decision to recall them ending production immediately.

Now call me a cynic sitting in front of the Solid Wood Desk that I have here in my office but does this not represent the problem with the smartphone industry in general.

I mean considering that a phone has a life span of about 11 months before the new model is released, it makes sense for Samsung to cut their losses and try to find the link in the manufacturing chain that lead to this fault but the fact that they know they can do this just shows the problem with the industry.

Think about it a smartphone these days new costs upwards of nearly £600 new and those are normally the base models – that’s the cost of one Indian Wood Dining Set, the question being what exactly are we paying for considering that the quality of such phones is clearly suspect and with their limited shelf life is such a high mark-up really justified.

In time it is not hard to believe that some sort of homebrew fix will come along that solves the exploding battery issue which means the phones will not go full Wall Street crash, but hopefully this whole incident will make Smartphone manufacturers wake up a little and realise that they cannot keep adding such self-indulgent mark ups to products as consumers will not be fooled twice no matter how shiny the new model is.