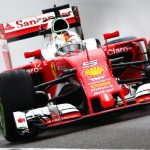 Actually let me reiterate that point – you see this blog will be less about my passion so much as how it has been dwindling over recent years to the point where the only reason I watch this sport is for nostalgia of being a 10 year old with my snacks on the Madison Coffee Table watching these thunderous cars being raced flat out around a track – on ITV no less.

But what cause this sudden reflectiveness – well I guess we can narrow it down to a few decisions that have been implemented in the sport changing it for the worse so here we go.

Hang on now don’t think that this is going to be an outright attack on Pirelli here, despite everything that has happened they are only producing designed to degrade tires because they have been asked to do so.

This all started back in 2010 with the Canadian grand prix, the annual lets have F1 go mad for 2 hours race. And mad it was sitting in front of my Mango TV Unit watching a race that was sheer chaos as the Bridgestone tires did not work with track conditions leading to a barrage of pit stops leading to the most exciting and unpredictable race of the year.

This lead to their replacement being asked to create designed to degrade tires for the upcoming season, now admittedly this worked for the first season and produced some exiting racing, however soon enough (as always) the teams caught on that the best way to win a race was to make limit pit stops as much as possible.

This in turn lead to a ridiculous situation where cars were suddenly being driven well below their limits – I remember watching an infamous incident in Monaco where Sebastian Vettel set the fastest lap of the race – on lap 77! Such was the speed or more to the point lack off that they were racing at.  In turn this lead to aerodynamicist’s creating cars that deliberately carried dirty air in order to damage their opposition’s tires knowing how sensitive they are.

The common sense solution would be to ditch these tires as I don’t know about you but the exiting part of this sport is seeing drivers pushing their cars to the limit, not driving conservatively and pitting all of the time.

So if your still reading then you obviously feel as strongly as I do on these matters, well I’ve take a sip of coffee placed on my Dakota Desk and am ready to discuss point number 2 – DRS.

Formula 1 has never been a sport where overtaking has been a major part however a small collective believes that F1 should behave like Nascar where instead of the enthralling cat and mouse games of f1 of previous years, f1 should have cars passing each other like it’s going out of style.

Now don’t get me wrong I’m excited as the next viewer watching a wheel to wheel battle play out while sat in front of my TV Unit remembering all of those years watching legendary battles between Hakkinen and Schumacher (Spa 200, watch it!).

However the difference being that example was a showcase of dedication, commitment, trust and race craft that DRS has all but eliminated from the sport as those iconic moments of commitment and bravery are no more as all a driver needs to do is wait for the DRS zone to get the speed boost making passes seem hollow and to be honest not very exciting.

The solution to this would be to ditch DRS and stop the teams creating such drag heavy cars putting more of an emphasis on mechanical grip over aerodynamic grip.

So now we move onto the final point, the current engine regulations. Now the V8’s were an almost flawless power supply being both cheap (around 5 mil a unit), reliable and in good supply – however in 2014 the time had come to move on from the V8’s.

This would make sense if the new engines were superior however the current engine regulations and specs are so confusing I could read an entire book about an MGU from my Jali Bookcase and be no closer to understanding it.

I’m not against the hybrids per say but there must have been a way of producing these engines in a more cost effective way that what we have now with the average unit going for at least 20mil a pop which really puts a strain on the small budget competitors who also receive inferior equipment to the factory effort so there is almost no chance of success.

If this was not bad enough the FIA exasperated matters with their handling of these new regulations, rather than keeping them open and allowing the manufacturers to push the technology like in the WEC, we ended up with a complicated penalty system where unreliability is punished and if parts of the engine should need to be replaced then the driver is docked down the grid. Leading to the laughable situation where Fernando Alonso was left with a 35 place grid penalty, on a grid with only 24 cars.

In addition to this there is a token system where developers a limited to what they are able to upgrade and work on throughout the year meaning that you’re essentially stuck with the engine you have at the start of the year.

The solution to this would be to simplify the engines making them more affordable as well as opening up development to ensure fair competition and allow the technology to advance.