Don’t bite the hand that kickstarts you 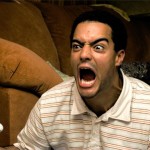 So those of us who keep up to date with video game releases will have jumped for joy with nostalgia with the announcement of mighty number 9.

Sitting at my Cube Desk eyes widening at what this game was going to be and what it represented – a complete throwback to the 8 bit gaming era with up to date graphics and deliciously brutal level design which may make some Dakota TV Units bear the brunt of cheap game overs.

Even better was that this project was funded through Kickstarter, with incredible success thanks to the anticipation of fans who remember getting their copy of Mega Man 2 out of the Madison Sideboard and having a blast with that timeless theme in the background – in fact this was being dubbed as a spiritual successor to the classic.

Then it came out and well critics were mixed but the fans, the people who funded the game were not as gentle as the disappointment in the title let to negative reception and backlash.

Now I’m not here to beat a dead horse or anything, what has been said about the gameplay has been said, rather here at my Dakota Computer Desk I am going to try and answer the question of why did it fail.

The first reason that I believe this game failed to live up to expectations is that the hype surrounding it was just too much to live up to. After all it was billed as the successor to a gaming icon, developed by many of the same people involved with the original mega man project. All of these ingredients would make nostalgia monkeys like myself blow off the bust on the NES and have some 8 bit fun on the Jali TV Unit (or whatever TV unit you have).

This leads onto the second point – expectation. To use where I work as an example if we promise someone a Mango Bookcase to be delivered on such and such a date and it’s not delivered then the customers’ expectations have not been fulfilled and therefore this leads to disappointment and backlash.

Now back to the game, let’s be honest here it’s not at Superman 64 levels of awfulness, there have been worse games than this. The problem is that with hype comes expectation, first off all you are funded through Kickstarter, this means you have no fancy million dollar budget – you funded by the very people who like what you are trying to create and want your vision to come to reality.

Combine this with the level of talent that was on board and the fact that it’s not a big budget AAA we will fix it later type of game, after all it’s a 2D Side Scroller, the Solid Wood Coffee Table of video game design – so it’s not unreasonable to have some expectations of a great gaming experience.

I feel that this is where things really started to go wrong for mighty number 9. You have the concept, you have the funding, you have the talent, and you have a bunch of eager gamers just willing to embrace your creation.

Unfortunately the execution was lacking. In fact the game was delayed several times, during which another Kickstarter campaign was launched, wait what! You need to make sure that the game you are making is finished before you start funding another. Combine this with poor communication, mismanagement and perhaps getting a little ahead of themselves by seeing this IP as a franchise before the first plane had landed.

So as I said this is not the worse game ever made, not by a long way – however I think this is an example of a project that just went off the rails and failed to deliver what should have been a throwback to when gaming really meant something.